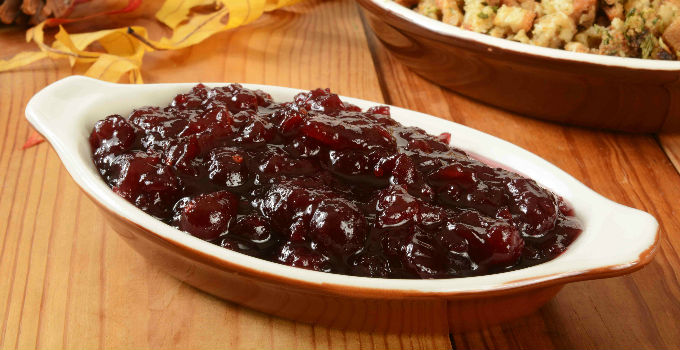 A Cranberry Sauce Recipe is rarely made aside from Thanksgiving. Which is a shame, for it’s one of the best source of antioxidants (protects you from developing cancer and heart disease). Plus is low in fat. And let’s face it, on a Thanksgiving feast isn’t great to know there is one dish you can indulge on, guilt-free?

The pilgrims were introduced to cranberries by the Native Americans, who had discovered the natural preservative power of cranberry. It was often used by the Native Americans when preparing dried meats to extend its shelf life. But the Cranberry Sauce recipe became popular as a Thanksgiving dish when in 1864 General Ulysses S. Grant had it served to his troops.

Another trivia: cranberry is also known as bearberry, because the bears love it so much! 🙂

This site uses Akismet to reduce spam. Learn how your comment data is processed.

GREAT NEWS: the store is ready!! Woo Hoo! Just ONE product for now, as I did exactly 5 years ago starting this Blog with only ONE recipe. It will grow, with your help! Enjoy! 🙂

We all have some great things to share. Let's do it!